The hairline is an identifying trait for gender, and is accentuated by age. Hairline lowering, also called forehead reduction or contouring, is an important procedure of Facial Feminization Surgery.

Gender of the hairline 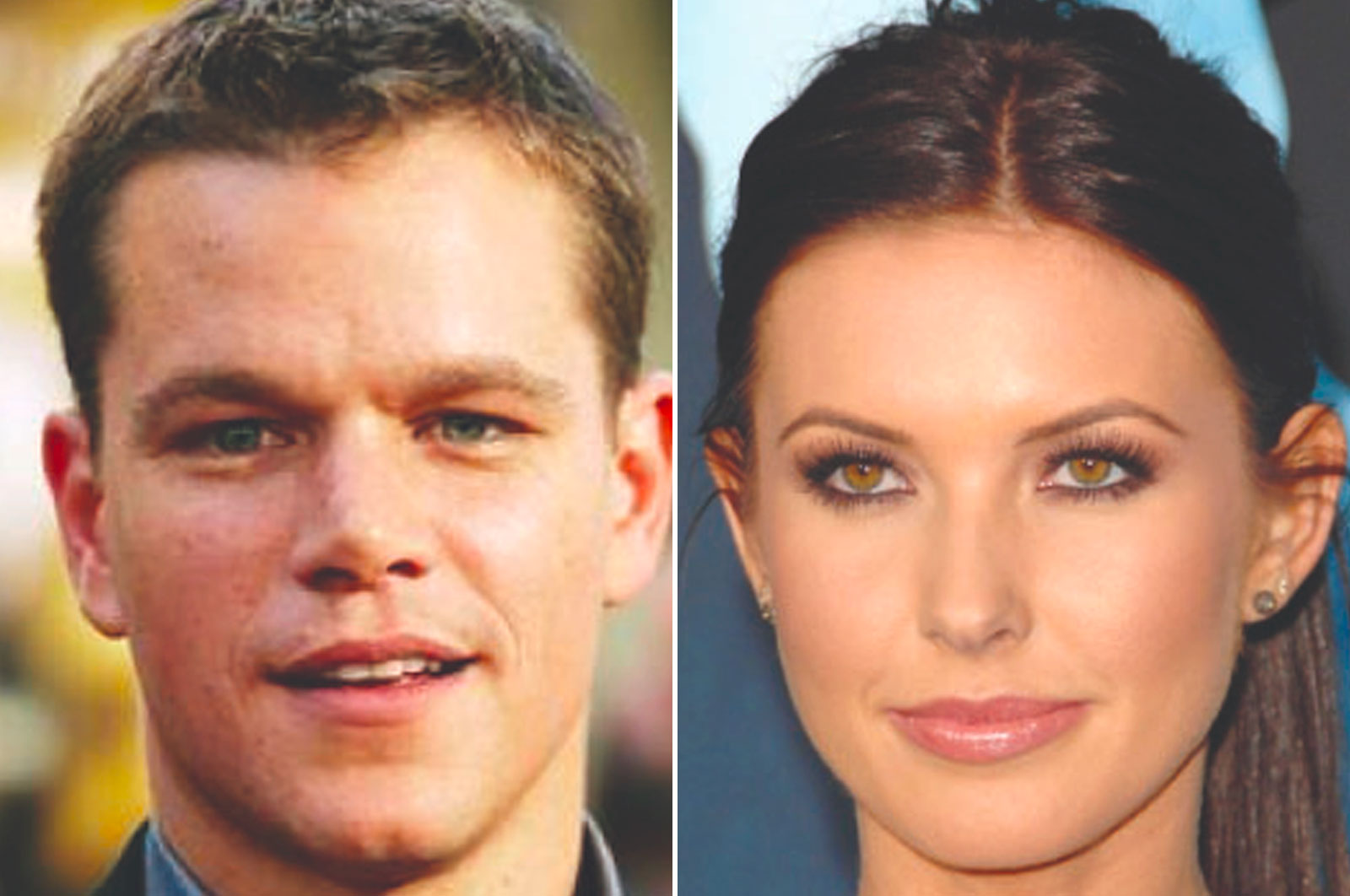 Read more on the differences between male and female hairlines.

How to feminize the hairline?

There are 3 hairline contouring options. The following indications suggest which option would be recommended for you.

Hairline lowering in one stage 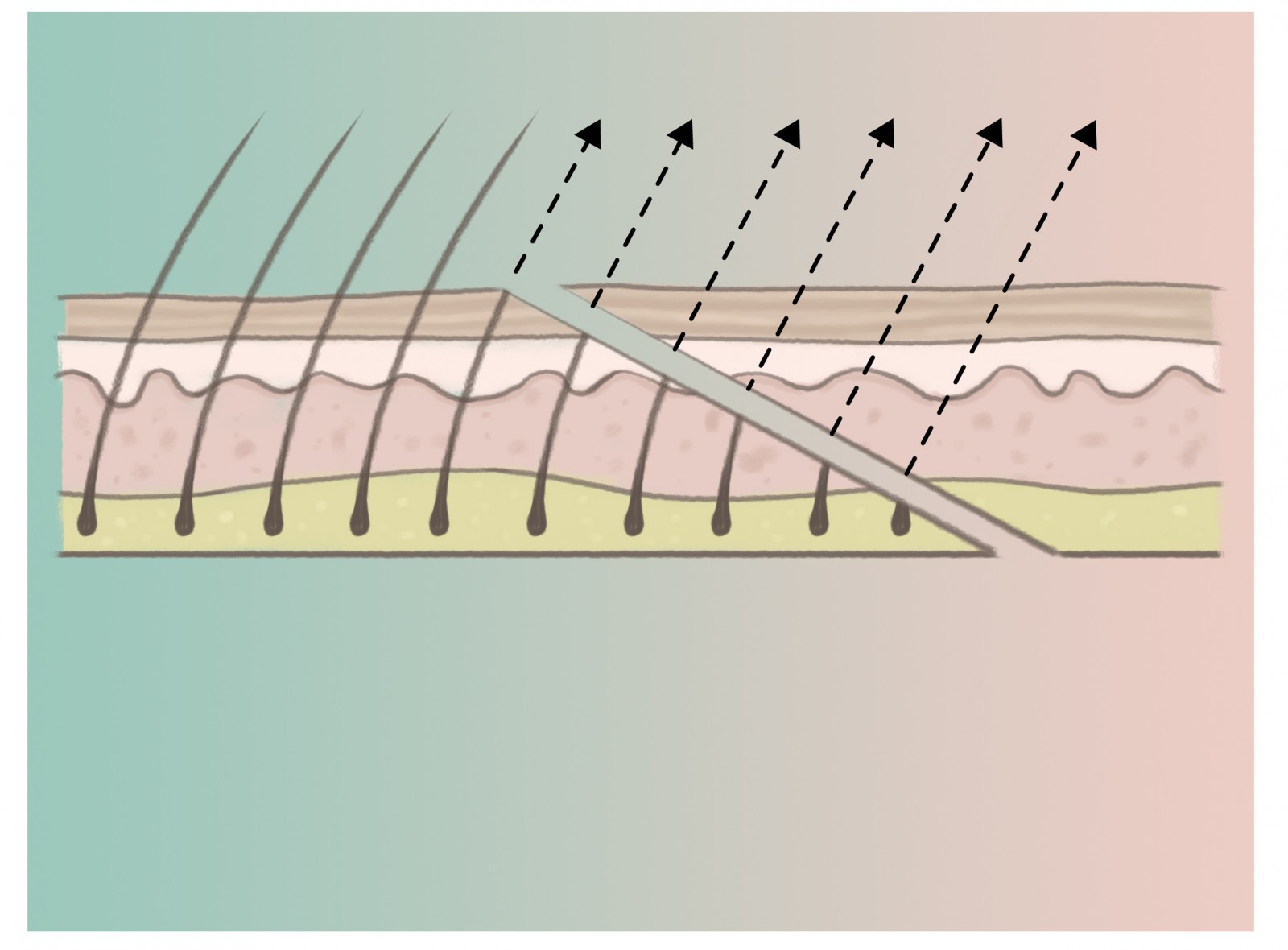 The angle of the incision is also oblique in such a manner that about six weeks after the surgery, the hair starts growing through the scar, making it nearly invisible.

If the scalp is tight, or more than 2 cm of advancement is needed, or the receded temples are very significat, the following two-stage procedure can be considered. This technique has been developed by Dr. Kabaker and has been used for over 20 years. It has proved to be almost instantly effective and is well tolerated by patients.

Tissue expansion is a procedure commonly used in reconstructive surgery to repair burn wounds and injuries with significant skin loss. Its use in hair replacement surgery has generated dramatic results because it gives significant coverage in a relatively short amount of time.

Skin expansion is a common surgical procedure to grow extra skin through controlled mechanical overstretch. It creates skin that matches the color, texture, and thickness of the surrounding tissue while minimizing scars and risk of rejection.

When the skin beneath the hair has stretched enough, usually about two months after the first operation, another procedure is performed to bring the expanded skin over to cover the adjacent bald area.

During the first operation, the croissant-shaped expander is inserted under the hair-bearing skin and filled up to 120ml. 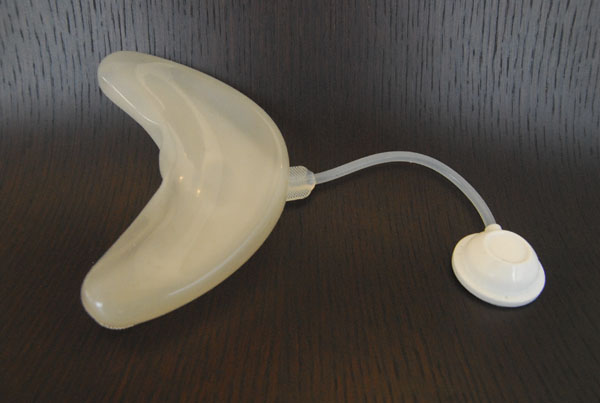 2 Filling of the expander

The balloon is expanded over a 7-week period to stretch the scalp sufficiently to allow for 4-8 cm of advancement. Hair-bearing tissue can be expanded to approximately twice its size without a noticeable deficit in hair density.

This is well tolerated by patients aside from the cosmetic inconvenience during the last three weeks of the expansion. 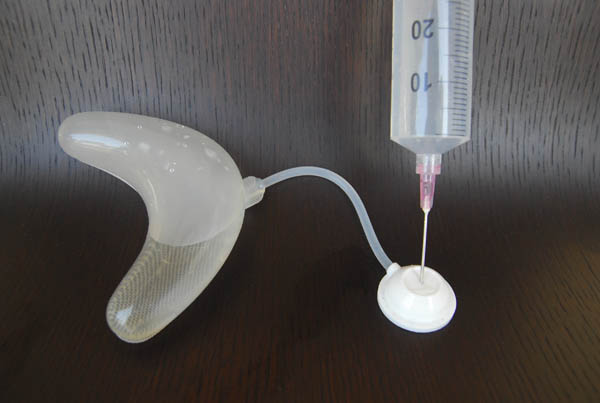 During the second and final surgery, the device gets removed and the expanded hair-bearing scalp is moved forward, replacing the top section of the high forehead or the significantly receded temples. With this approach, we are able to move the hairline forward as far as 8 cm and close these receded temples. The procedure of this hairline lowering surgery is performed the same way as the simple one stage hairline lowering surgery, as explained above.