What Feminizing Effect can I Expect from Filling My Upper Lip Compared to a Lip Lift?

Feminization of the lips is often performed as part of a facial feminization surgery.

The upper lip can be filled with different types of fillers. The 2 options are a temporary or a permanent filler. There are many types of temporary fillers that can be used safely because mostly the effect really is temporary.  I prefer however to inject the patient’s own fat, because the effect is permanent and no allergic reactions are possible. Permanent fillers other than fat  can be very risky so I don’t recommend them to any of my patients. Long term problems like irregularities, infections and sagging of the injected areas are to be expected. A big problem  with using filler is that it can never be removed completely should a complication arise (if at all).

Even fat injections have a risk. If not injected in a very even way the fat can become lumpy, in areas with very thin skin. In the upper lip however my experience is that lipofilling only in very rare cases causes lumps. If they appear they can be effectively treated using liposuction.

Another disadvantage of fat transfer is that you don’t know how much of the fat will survive. On average I estimate that in the upper lip about 50% of the injected fat will still be there after half a year. From then on the fat will reduce in volume very slowly through the natural aging process. 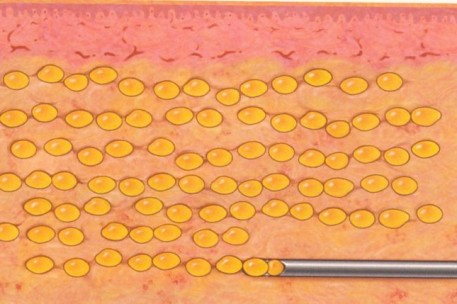 But what is the feminising effect of lipofilling of the upper lip? Well indeed, the upper lip will become bigger, especially the red part of it (vermillion) where the fat is injected. But a side-effect of this is that the lip becomes heavier, which will cause sagging and make the lip longer. This will make the upper front teeth less visible. As women on average have a shorter upper lip than men and show more of their upper front teeth this means that just adding volume to the upper lip using a filler will in most cases have a masculinizing effect which is not the goal.`

A lip lift can be  an extremely feminizing procedure. Why is that? The reason is that with a lip lift you kill three birds with one stone. The upper lip becomes shorter, the upper front teeth become more visible and the outroll of the vermillion will make the vermillion bigger.

One disadvantage of a lip lift is the scar under the nose. If performed by an experienced surgeon that uses the right technique the scar, will in the end (after about a year), be invisible from a normal distance. Until then it can be hidden using a bit of foundation depending on its severity. In some cases a hypertrophic (wide and thick) scar can occur. This can be treated with monthly Kenacort injections into the scar until it has flattened. In the rare case of a colour difference between the scar and the surrounding skin this can be treated with dermatography (medical tatouage). 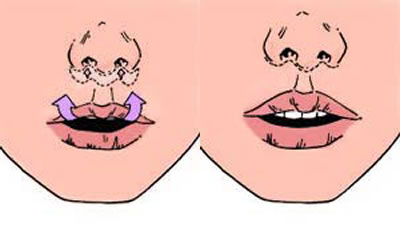