As we know, there is a general difference in male and female forms. Men and women have distinctly different features regarding the way the body is built. There is the presence or absence of wider hips, thicker thighs and buttocks, breasts, shoulders, body hair… Together these characterize what we could call a masculine or a feminine looking body.

Overall shape of the Male vs female body

Men often have an apple shape, which means that body fat collects mainly in the abdominal area. Women are more pear-shaped: the body fat is concentrated more in the buttocks, hips and thighs.

The area of the hip bone is distinctly different between the male and female body, as shown in the illustration below.

With liposuction and lipofilling your own body fat can be used to create more feminine hips. This is called a hip augmentation. 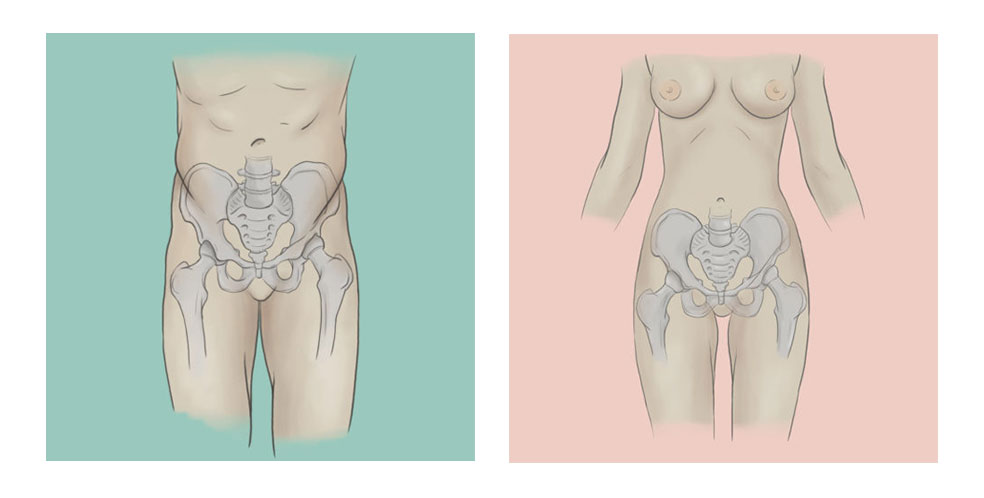 The shape of the buttocks typically differs among women and men. This you can see in the illustration below, in which the left represents an ideal male shape, and the right an ideal female shape. 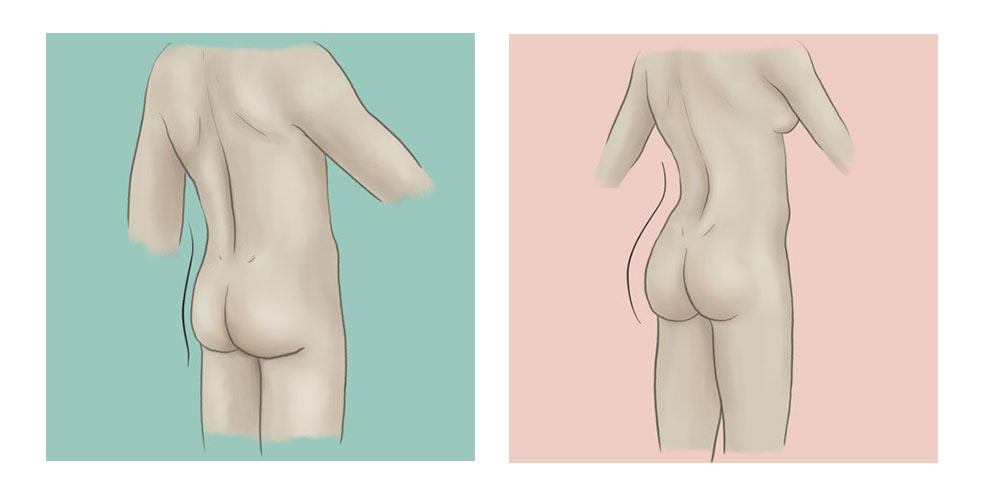 With liposuction and lipofilling your own body fat can be used to create a fuller and rounder butt, creating these smoother transitions and more voluminous effect. You could also opt for a butt augmentation with implants. 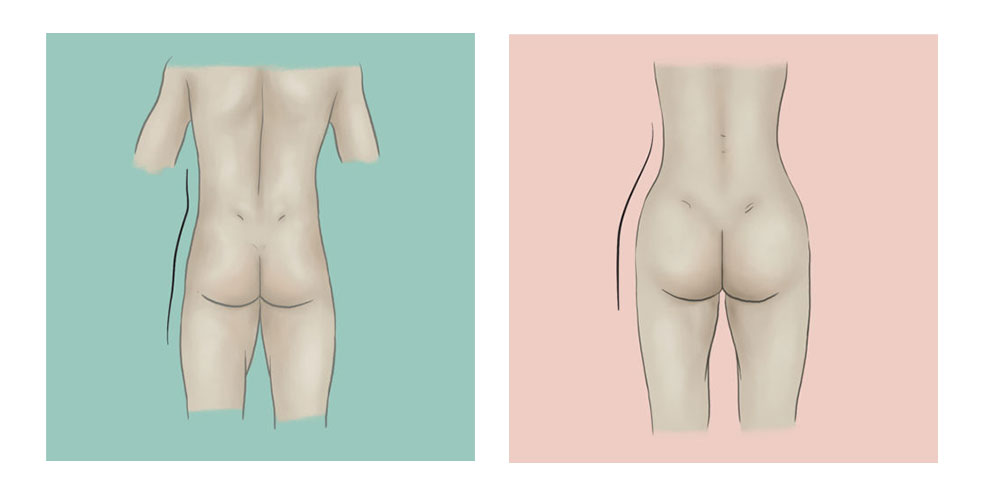 The difference between a man’s and a woman’s chest is quite clear:

With liposuction and lipofilling your own body fat can be used to create a fuller breast. If this is not sufficient, breast implants are an option. Read more about breast augmentation. 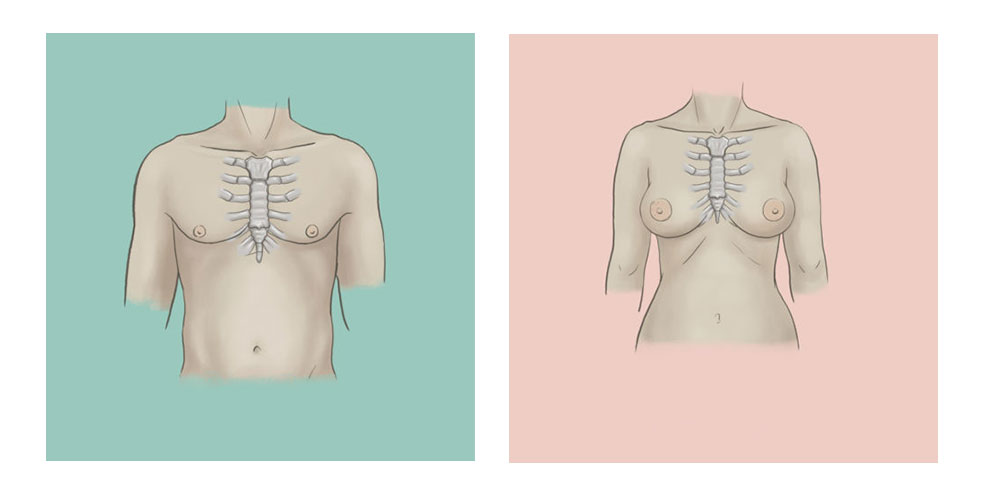 If you have broad shoulders as a woman, there are ways to make them visually less apparent. Women’s shoulders can optically look less wide through certain types of clothing, for example.

Men tend to have a lot more body hair than women, and in different places too. Specific parts of the body where men have hair and women mostly don’t, are:

When you feel that there is hair growing in unwanted places, you could have it permanently removed by means of electrolysis hair removal.

In all of these so-called ideal shapes and sizes, one must keep in mind that these are always influenced by societal and cultural preferences. There are multiple perceptions of what constitutes the ideal female body shape, and these also largely change over time.

Surgical intervention through Body Feminization Surgery can be a solution to those in which HRT doesn’t achieve the desired soft tissue changes.